The first period instrument quartet to be selected as BBC New Generation Artists, the Consone Quartet are fast making a name for themselves with their honest and expressive interpretations of classical and early romantic repertoire. Their debut CD, released in 2018 on the French Ambronay Label, explores music by Haydn and Mendelssohn. It was met with great critical acclaim as a recording “that instantly leaps out of the stereo at you as something special” (The Strad, 2019).

Formed at the Royal College of Music in London, the Consone Quartet are winners of the 2016 Royal Over-Seas League Ensemble Prize in London, having previously been awarded two prizes at the 2015 York Early Music International Young Artists Competition, including the EUBO Development Trust Prize and a place on the EEEmerging Scheme in France.

The quartet has been enthusiastically received at London’s Wigmore Hall, King’s Place, St Martin-in-the-Fields and at the Edinburgh, Cheltenham, and Buxton Festivals amongst others. The Brighton, English Haydn and York Early Music Festivals have been loyal supporters over the past few years and regularly host the group.

Playing alongside the quartet will be celebrated musician John Crockatt. John holds the position of principal viola with the Amsterdam Baroque Orchestra and Arcangelo and is frequently invited to guest principal on both violin and viola for such groups as Orchestra of the Age of Enlightenment and The Academy of Ancient Music.

Please Note: This performance will be recorded by the BBC for future broadcast, for this reason there are strictly no latecomers.

This performance will be recorded by the BBC for future broadcast, for this reason there are strictly no latecomers. 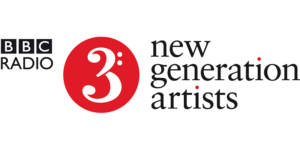 Book 3+ BBC New Generation concerts and get 10% off each ticket: Ticket must be booked in the same transaction. Offer automatically applied at checkout.