For centuries Cromer has been a place for those in need of convalescence. Empress Elisabeth of Austria is one such visitor in 1887, as she sought the restorative power of Cromer’s North Sea.

Here Sarah Lowndes takes us on her journey when creating The Sea Cure, following in Empress Elisabeth’s footsteps and unpacking the history of sea bathing for wellness.

The Sea Cure was inspired by my long-term interest both in the historic Norfolk seaside town of Cromer and the life of the town’s perhaps most famous visitor, Empress Elisabeth of Austria, Queen of Hungary and Bohemia.  Elisabeth came to Cromer on medical advice in July 1887, when she was aged almost 50, and found solace and renewed energy in scenic walks, the bracing local air and bathing in the cold waters of the North Sea. The Sea Cure was conceived as a guided audio walk and a publication which offer listeners and readers an insight into Elisabeth’s dramatic and curious life, while also highlighting that the mental and physical health benefits of fresh air, walking and sea bathing continue to be as powerful today as they were in the 1880s. 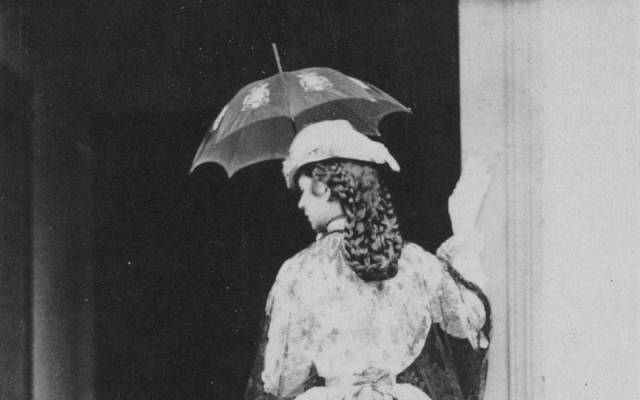 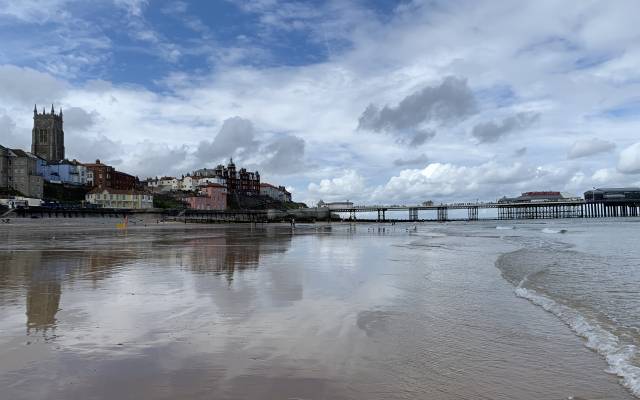 I created the work by spending time engaged in both archival research and primary research in Cromer during the summer of 2021.  My research centred both on accounts of Empress Elisabeth’s life and histories of sea bathing for wellbeing in England from the 18th century onwards. I was given files relating to the local culture of sea bathing by Cromer historian Christopher Pipe and Wayne Kett, Collections Development Officer at Cromer Museum, granted me access to materials about the town and the Empress Elisabeth’s visit.  The aim throughout the project was to illuminate historic approaches to assuaging problems both of the body and the mind – with a specific focus on the melancholia, rheumatism and ‘female complaints’ suffered by the Empress, which were alleviated by the inspirational and healing atmosphere of Cromer.

The Sea Cure project revealed the continuity of holiday making in Cromer through the ages – the same pleasures enjoyed by the Empress continue to be enjoyed by visitors today, who stroll on the promenade, bathe and paddle in the sea and enjoy the spectacular views from the cliff and the pier. 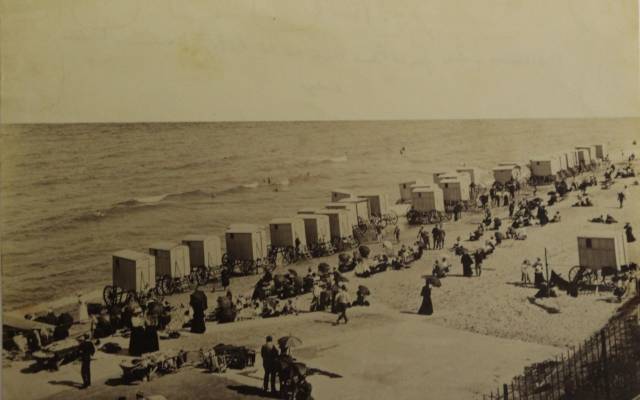 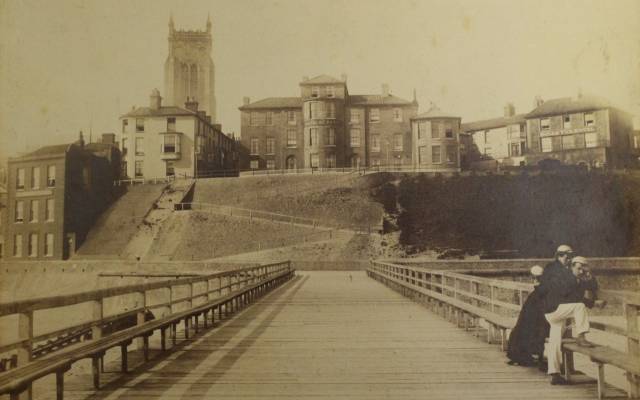 Wayne Kett helped me to ascertain the location of key places meaningful to the Empress’ story, including the former Copsey’s Bakery and former Post Office on Jetty Street and made available the previously unpublished images of Cromer which appear in The Sea Cure publication.  As part of our discussions, Norfolk Museums also kindly agreed to take out of storage and put on display the brooch which Empress Elisabeth had given Cromer postmaster Mr Fox during her 1887 visit. 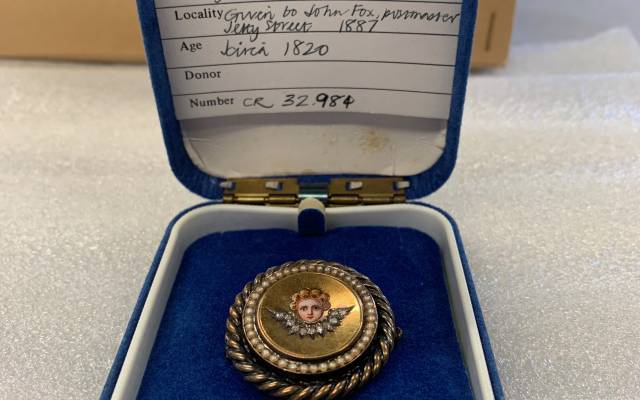 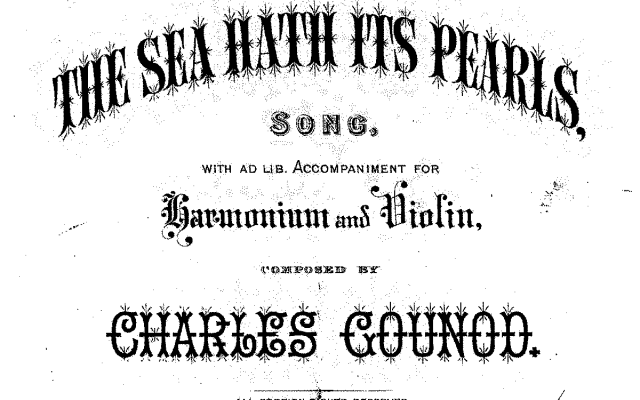 Throughout the summer, I visited Cromer many times, planning the route and selecting the nine key locations that feature in the mile long walk, such as Lower Tucker’s Hotel (where Empress Elisabeth stayed during her visit), The Bath House and Doctor’s Steps.  Remarkably, all of the places visited by the Empress one hundred and thirty four years ago are still extant.  Some of the uses of those extraordinary buildings have changed (from public to private use) but The Sea Cure project revealed the continuity of holiday making in Cromer through the ages – the same pleasures enjoyed by the Empress continue to be enjoyed by visitors today, who stroll on the promenade, bathe and paddle in the sea and enjoy the spectacular views from the cliff and the pier. 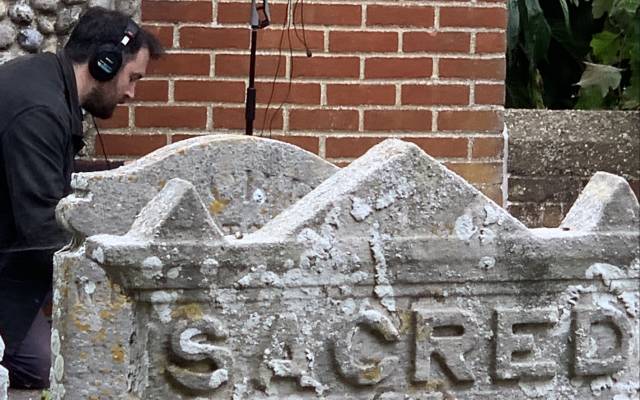 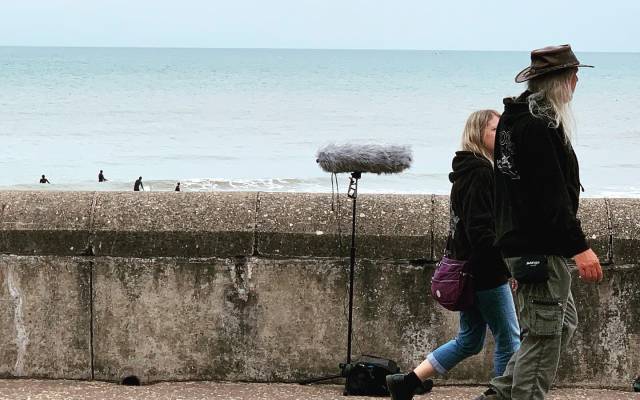 A key collaborator on the project was Norwich-based musician and producer Oliver Payne, who was responsible for creative production on The Sea Cure audio walk.  I discovered that in 1871 French composer Charles Gounod had produced a popular song version of the German poet Henrich Heine’s verse,The Sea Hath Its Pearls.  Empress Elisabeth was a devotee of Heinrich Heine and it seems highly plausible that she would have known Gounod’s arrangement.  Oliver Payne produced beautiful and eerie new arrangements of Charles Gounod’s composition as part of his work on the project.  Oliver Payne also made field recordings in Cromer and at Outpost Studios in Norwich, where he recorded my voice over as The Narrator, and artist and librarian Maria Pavledis as Marie Festetics, Sarolta von Majláth and herself.  Educationalist and native German speaker Elisabeth Hokamp Slater was a fitting choice to voice the romantic poetry the Empress had penned in Cromer.  These recordings feature direct quotations from letters and diaries kept by the Empress and her ladies in waiting, as a way of giving voice to these women from another age. 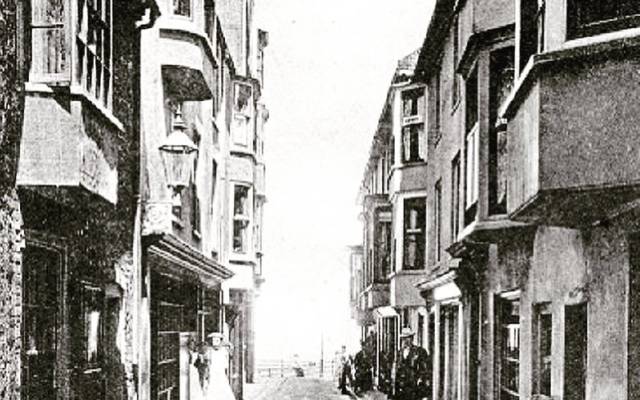 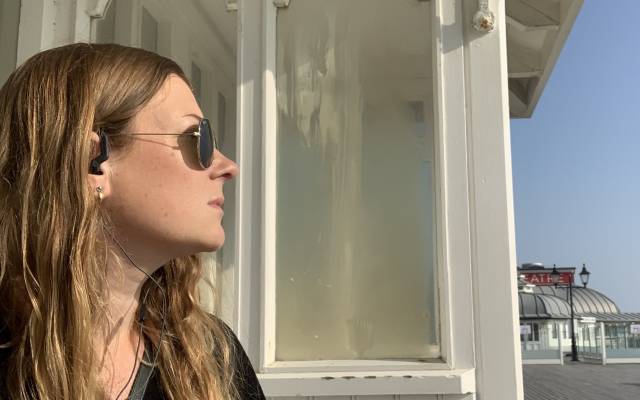 Elisabeth embraced the 19th century fascination with the unknown, the afterlife and séances – and felt her poetry and her life would be better understood by what she called ‘future souls’.  She said, “These images come to me in a waking state, just as memory arouses “phantoms” while we sleep.  I can make a connection with spirits from the beyond.”  The Sea Cure project is a means of connecting Elisabeth with these imagined ‘future souls’ in the readers and listeners who choose to follow her path.

Sarah Lowndes is a writer, curator and lecturer. She is a Research Fellow at NUA and Director of Kunsthalle Cromer.

Return to the Festival Blog 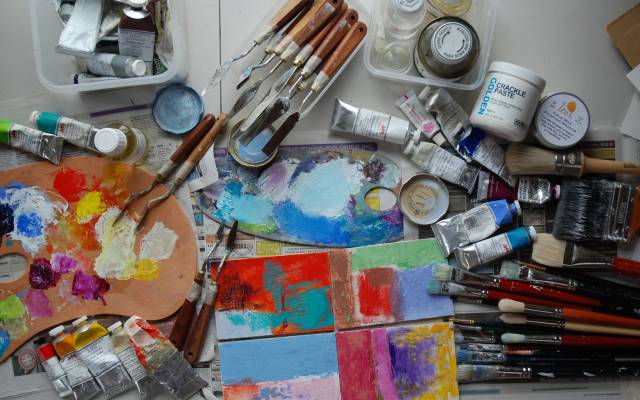 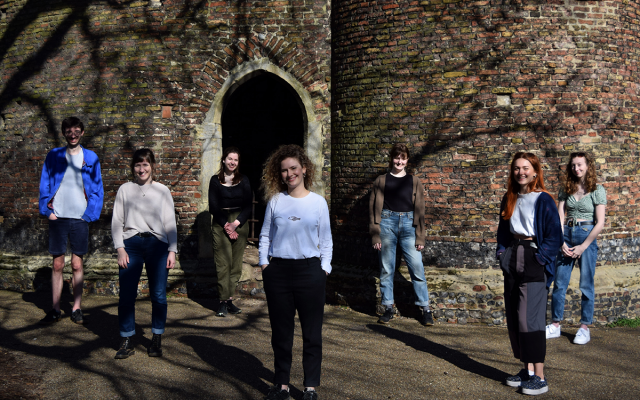 The Sea Cure is part of Norfolk Wonder, a programme of activity as part of EXPERIENCE a Norfolk County Council initiative designed to help audience experience the magic of Norfolk in the autumn and winter.